Gutting and complete renovation / modernization of 70s-building originally built for the East German news agency ADN into a modern office building. The facility consists of two buildings: a 10-storey highrise and a 3-storey low-rise. The pre-cast concrete façade of the highrise  and the 70s concrete “waffle” façade of the lowrise were refurbished so that the forms and textures speak for themselves. Individual windows were replaced with continuous, glazed bands with irregular window sizes bringing more light into the spaces. At night the building is lit by indirect interior lighting behind the window bands. The inner areas of the low-rise were hardly usable due to poor natural lighting – this was remedied through extensive remodelling (removal of ceiling to expose the roof structure, new large skylights) transforming the areas into spectacular rooms flooded with daylight and impressive ceiling heights. Glazed meeting boxes divide the large areas. The concrete structure in both the highrise and low-rise were exposed and sandblasted. Exposed building services, Heraklith panels to improve acoustics and a simple rubber floor are complemented by minimalist colour schemes interspaced with flashes of colour e.g. in the turquoise carpet of some meeting rooms. Location: close to Alexanderplatz , opposite the Soho House Net Area: 17,000 sq m 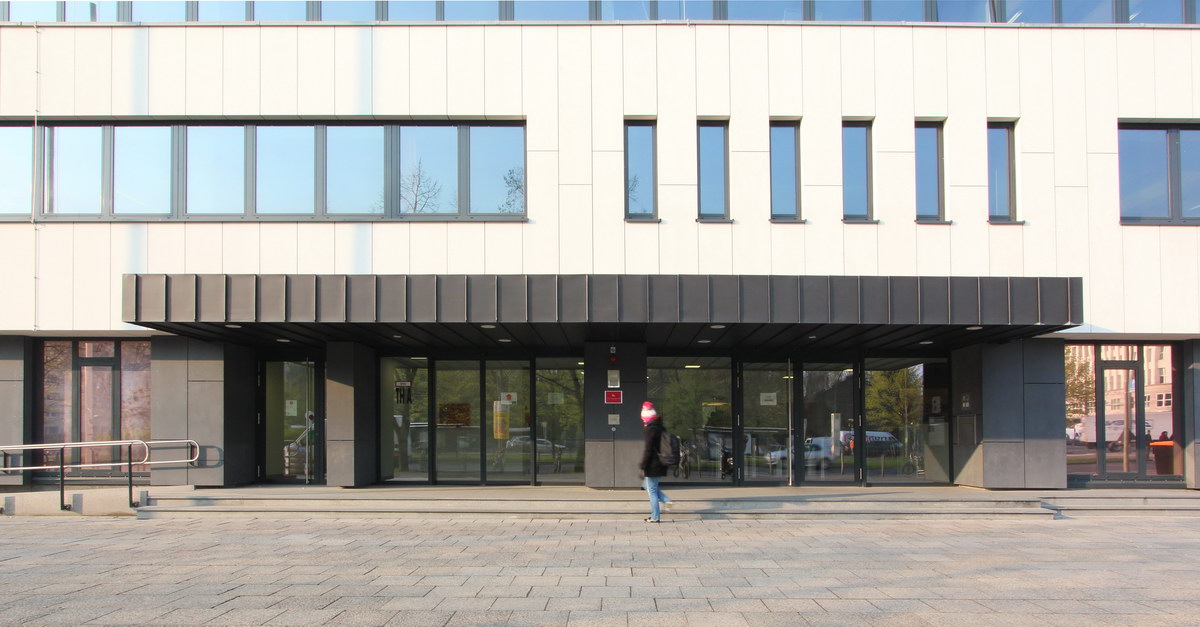 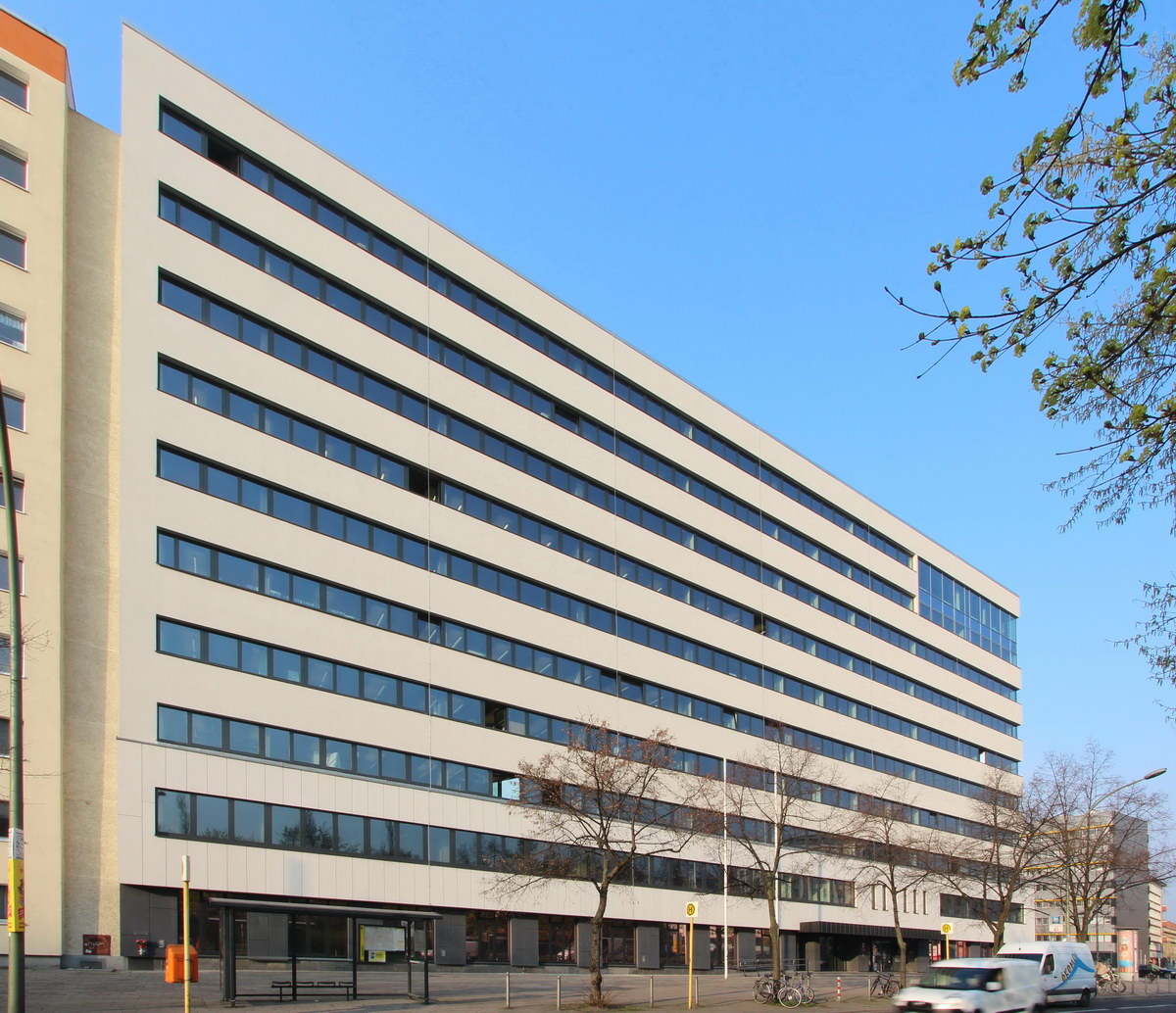 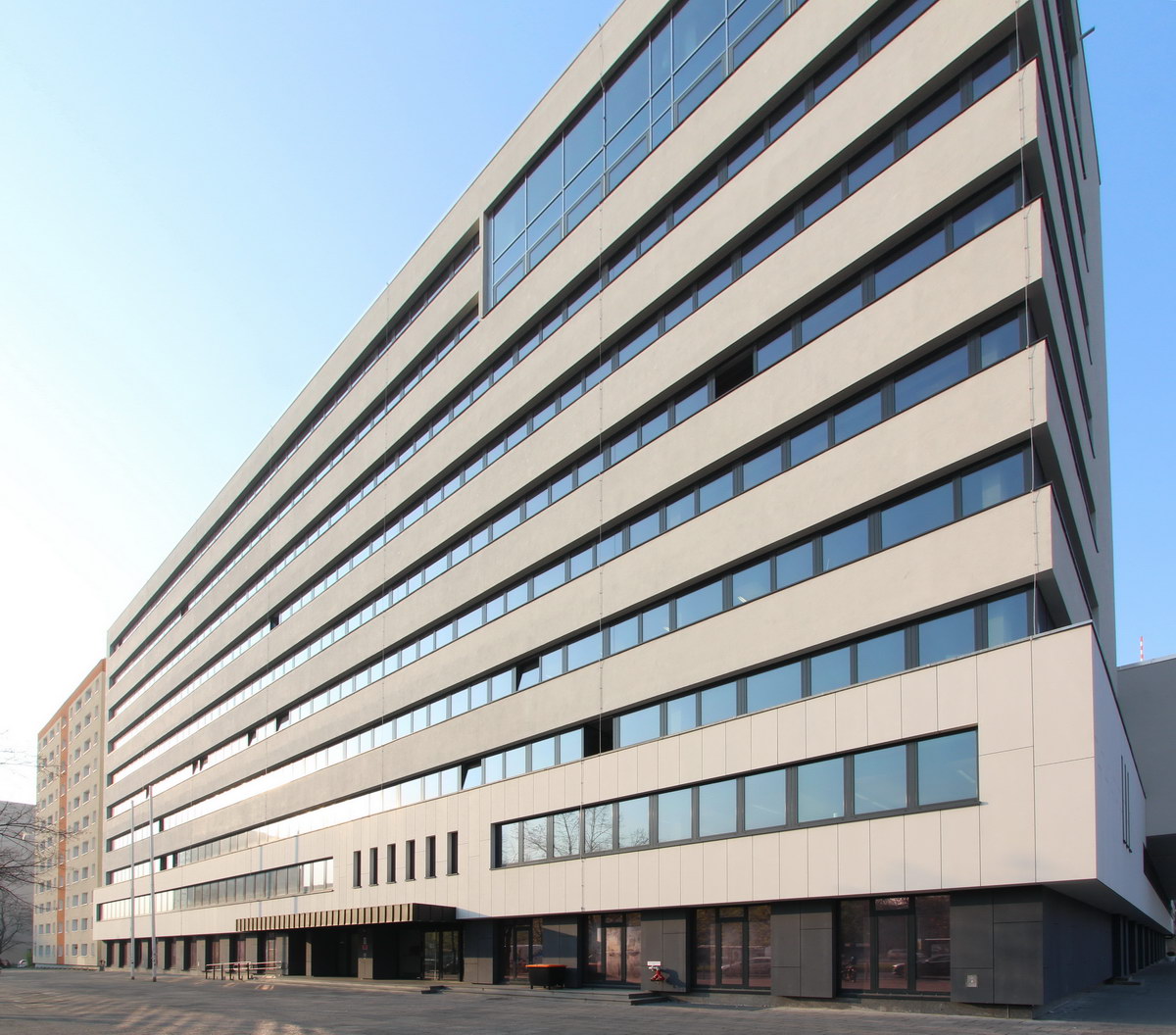 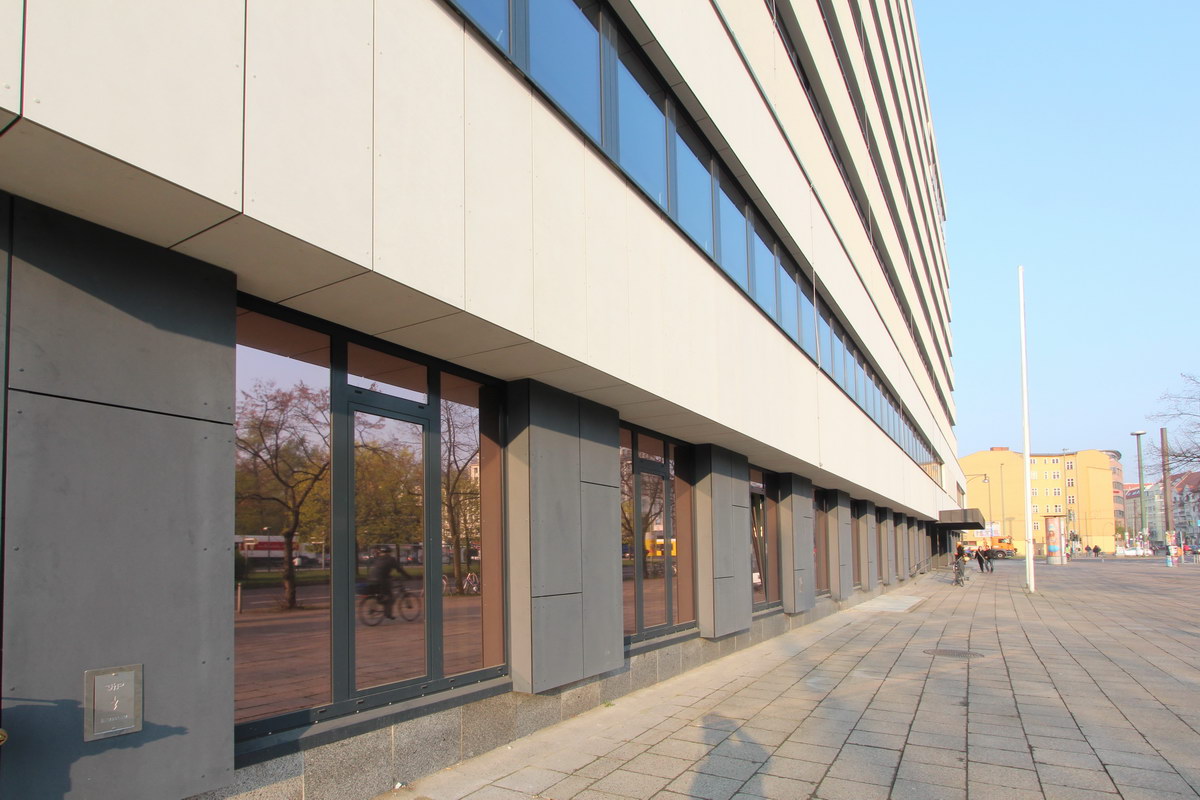 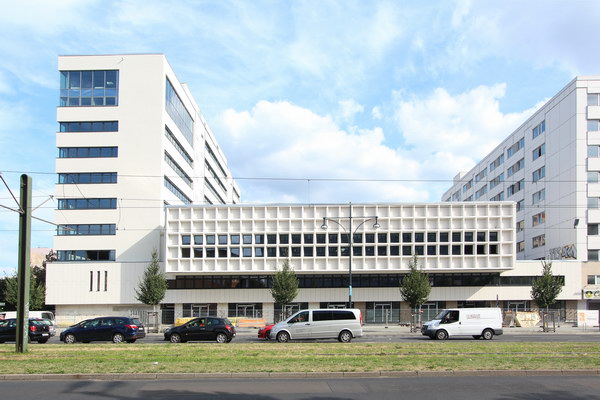 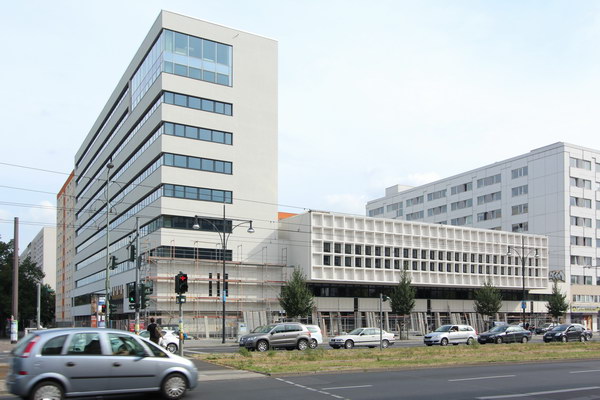 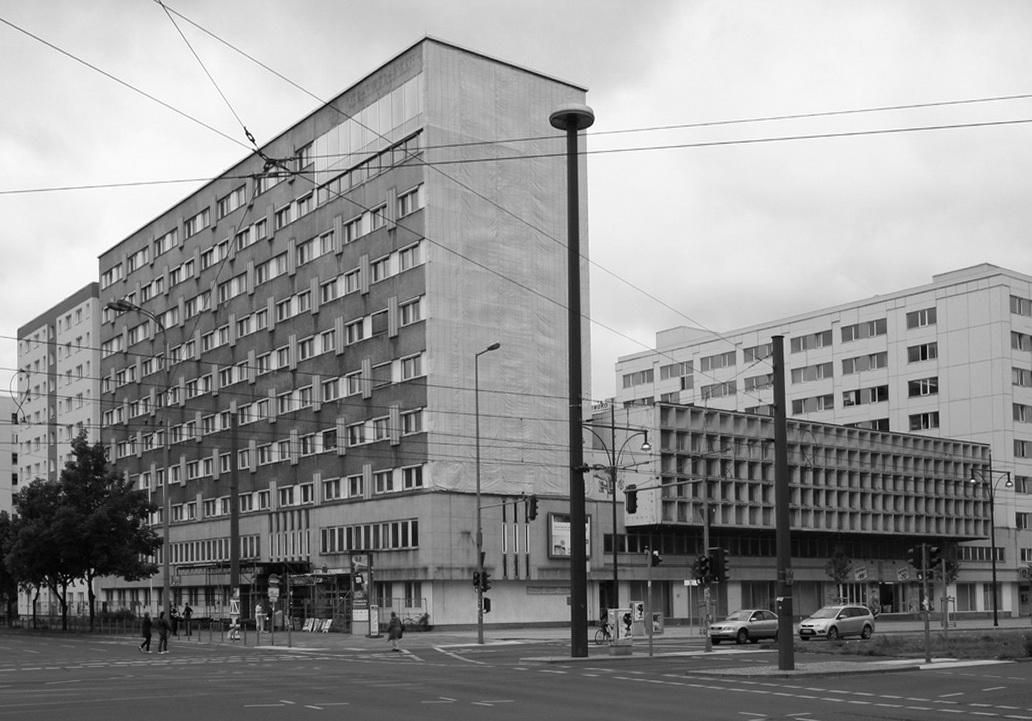 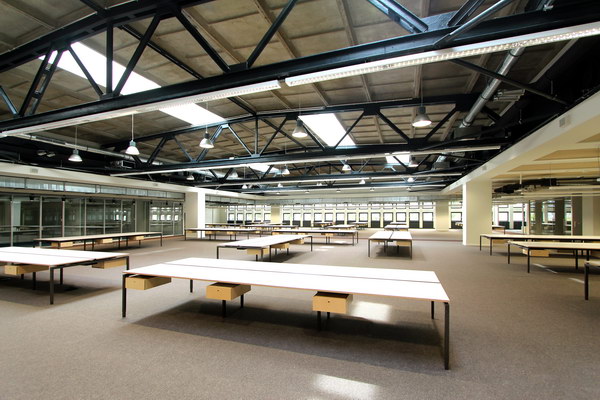 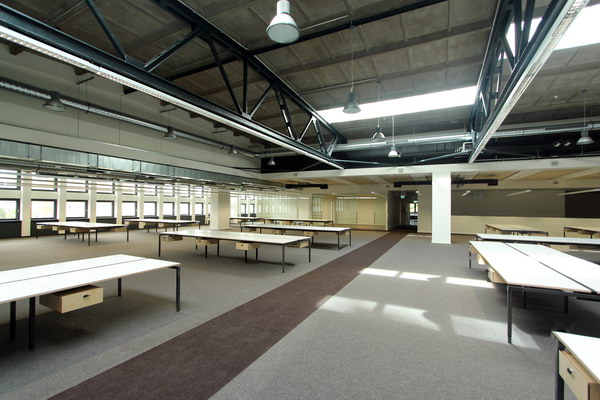 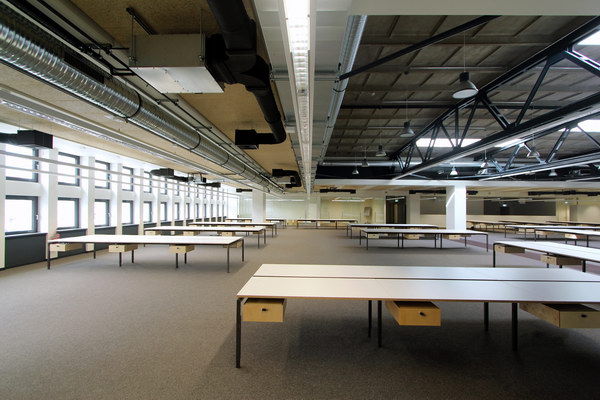 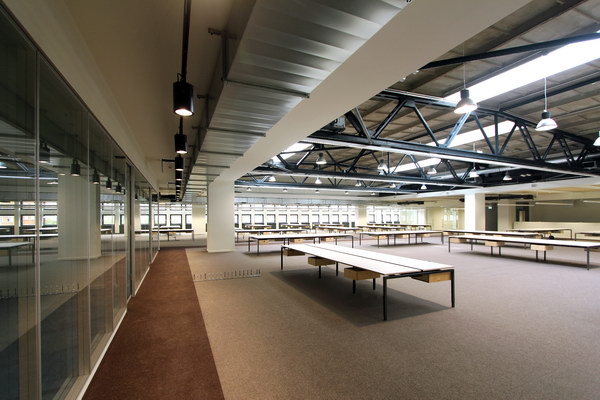 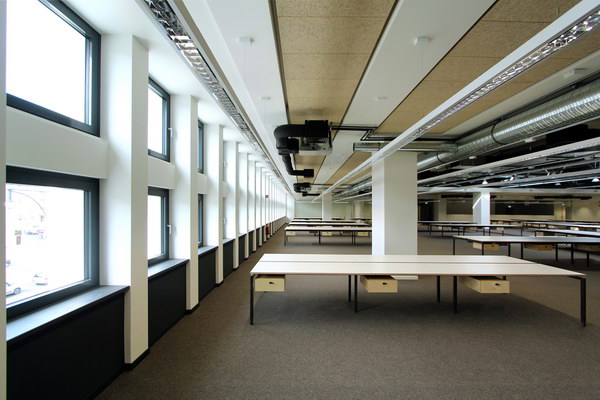 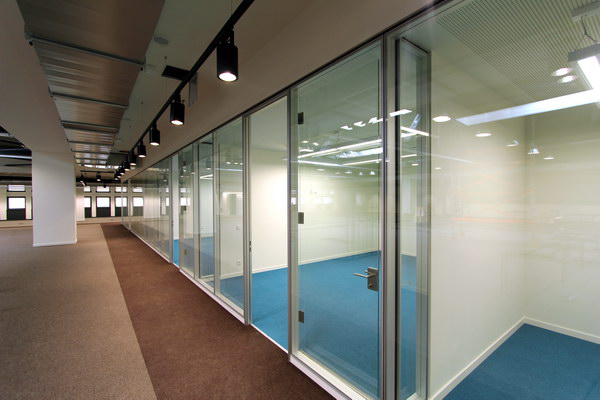 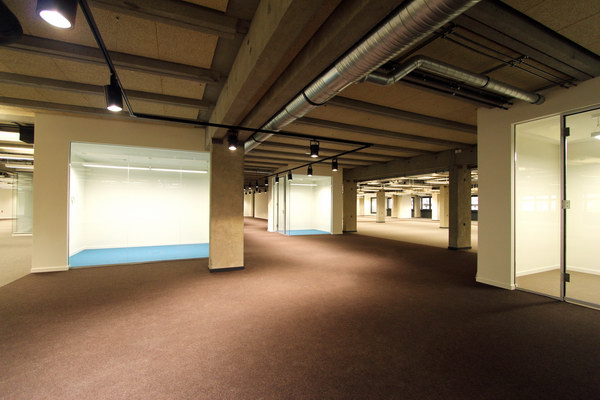 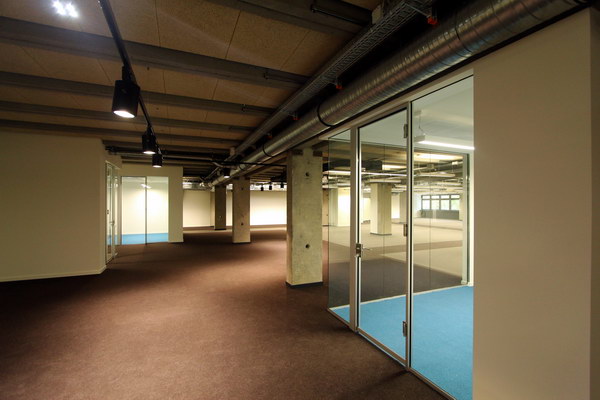 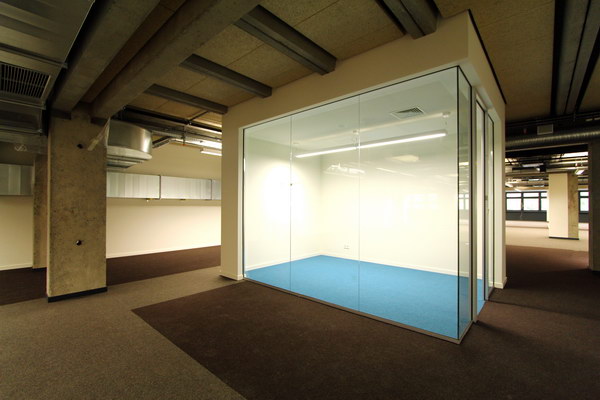 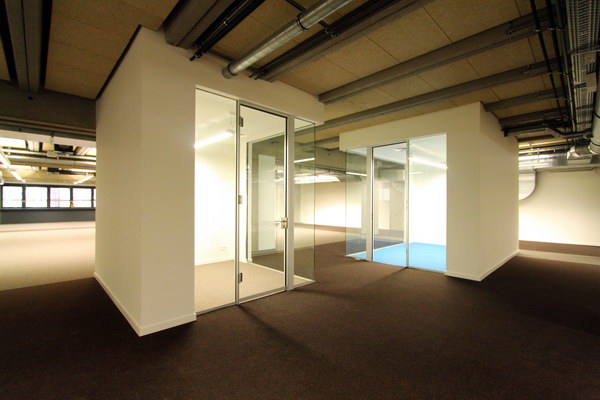 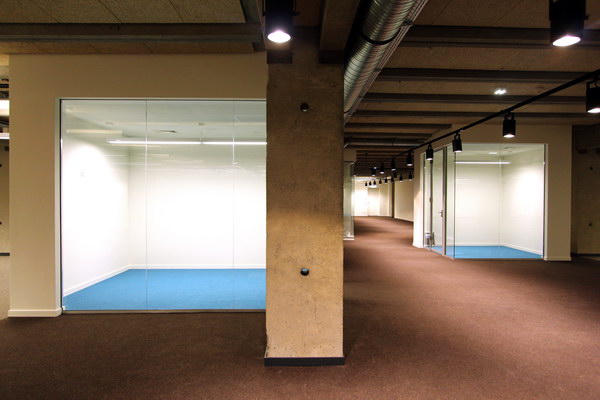 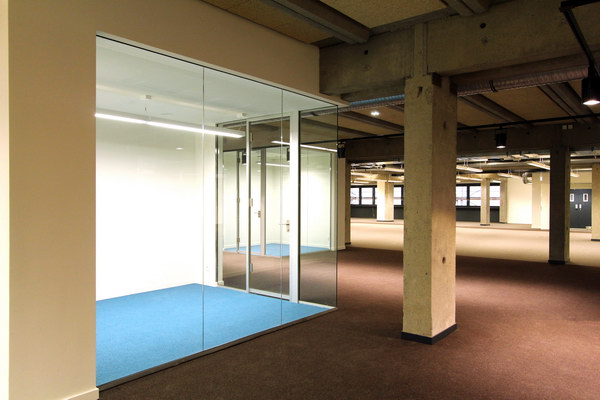 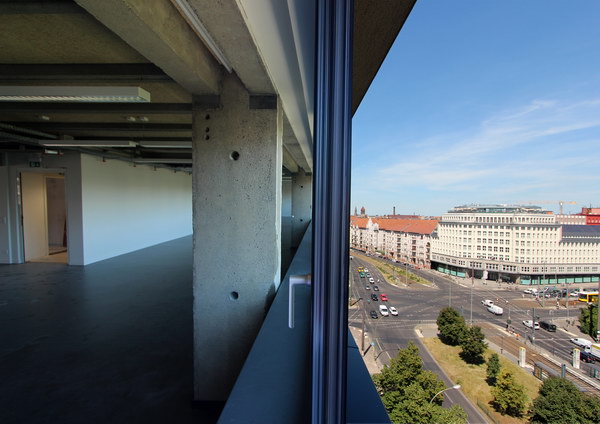 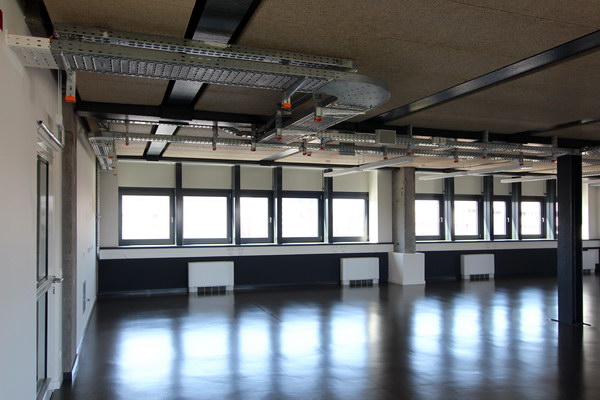 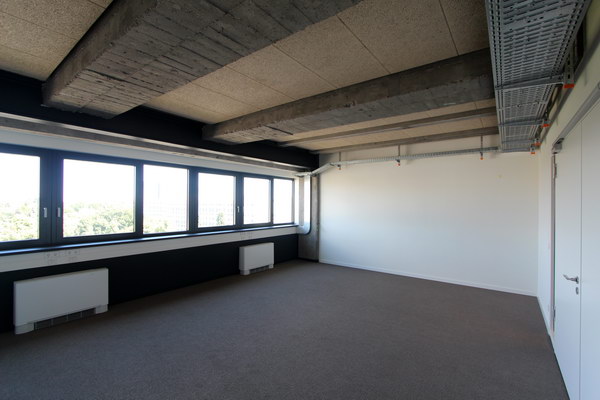 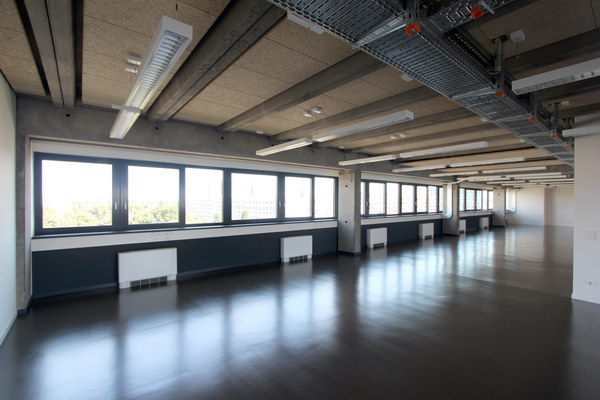 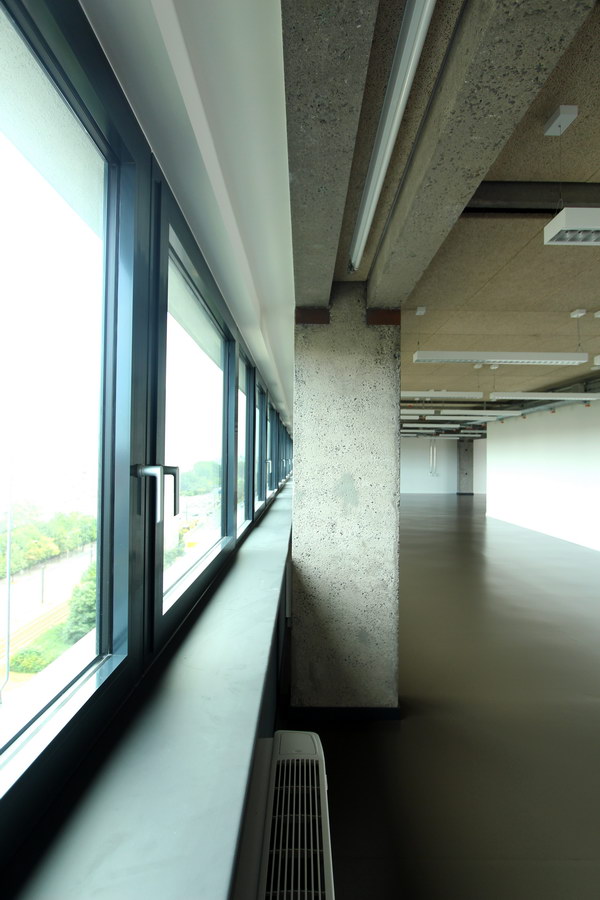 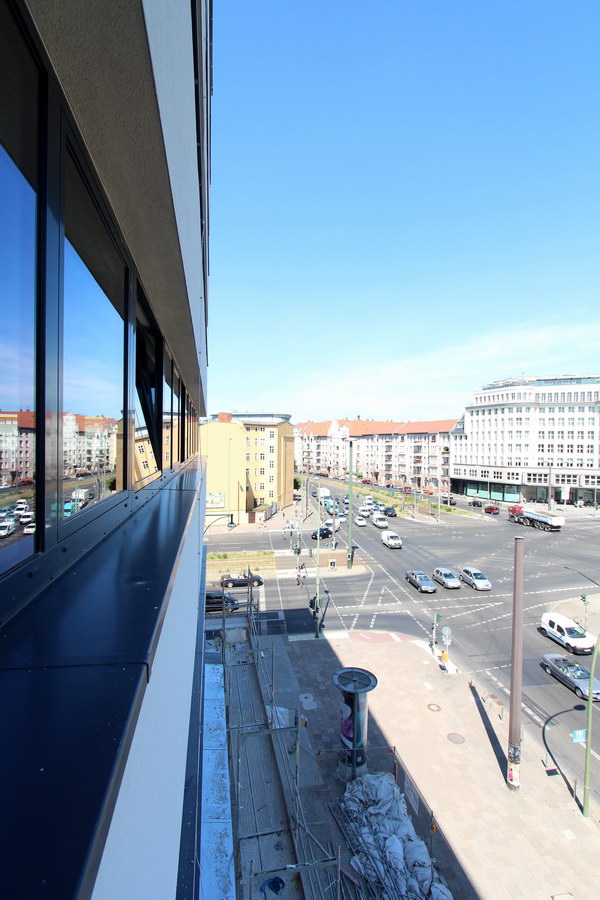 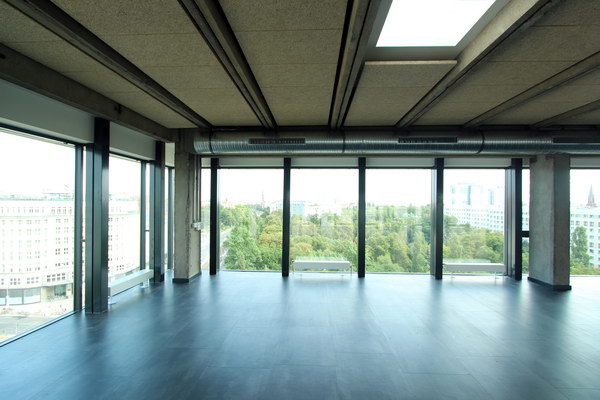