During the Generator Hostel project, WAF came up with the idea of doing a one off design for wallpaper in the corridors. The design was based on motives by the French artist Thierry Noir who lives in Berlin since 1982 and in 1984 started painting the Berlin Wall as a form of silent protest. The “Berlin Wall Heads” wallpaper is a free interpretation of Thierry Noir’s paintings which in part are still visible at the East Sided Gallery and are now listed. Noir signed off the designs and also did an original black and white version of his famous heads in the basement.

The motives are an attempt to relate to Berlin and its past. The art has a serious past, but is at the same time colourful and funky.

Different base colours were used for the wallpapers on the different floors as part of the colour orientation within the project.

The project was selected for the da! 2014 exhibition by the Architektenkammer 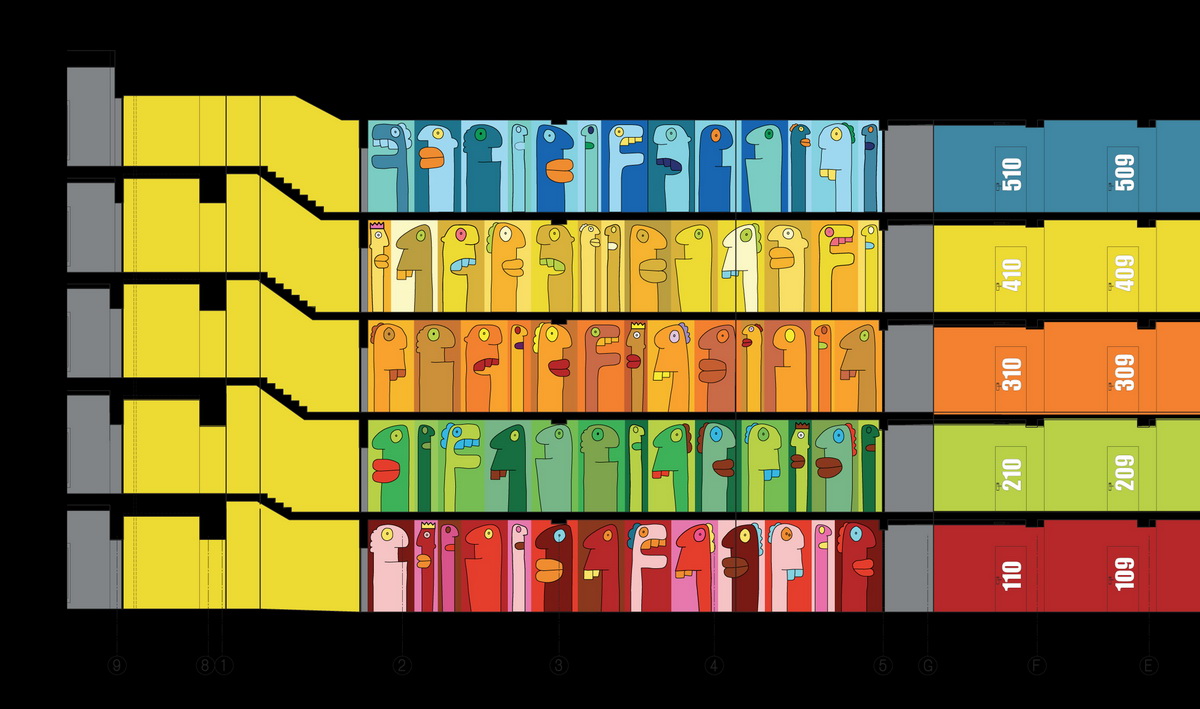 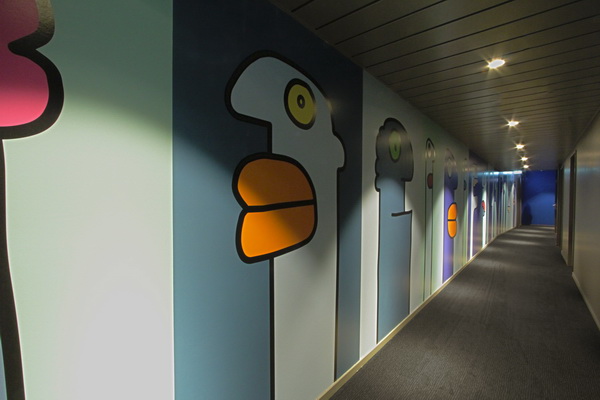 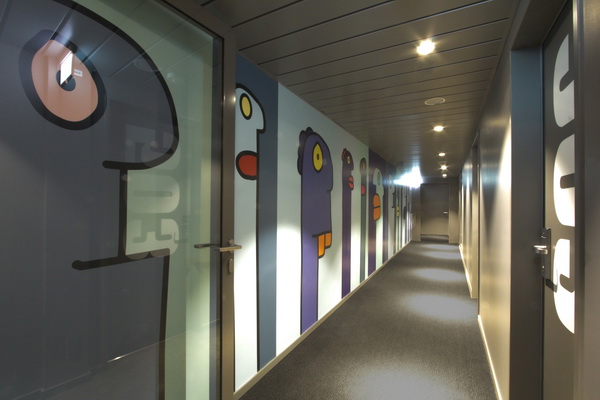 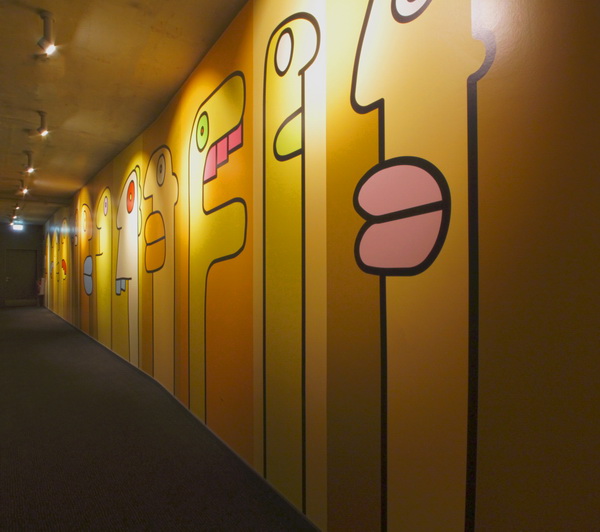 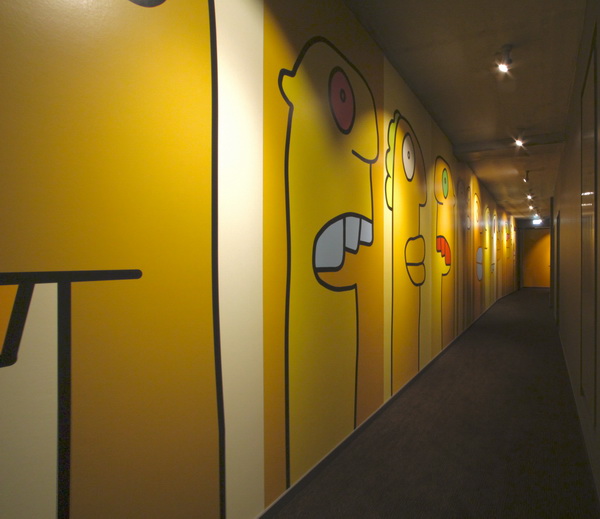 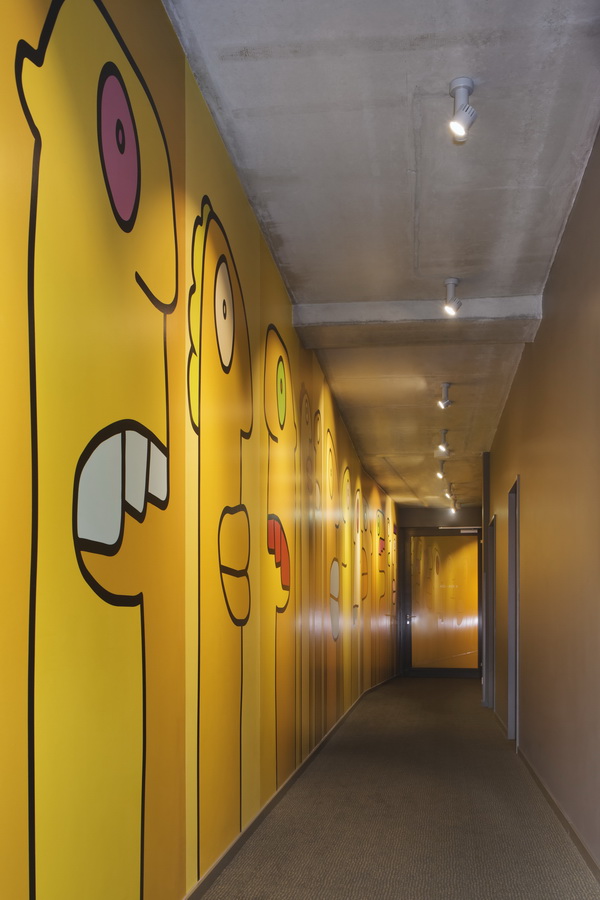 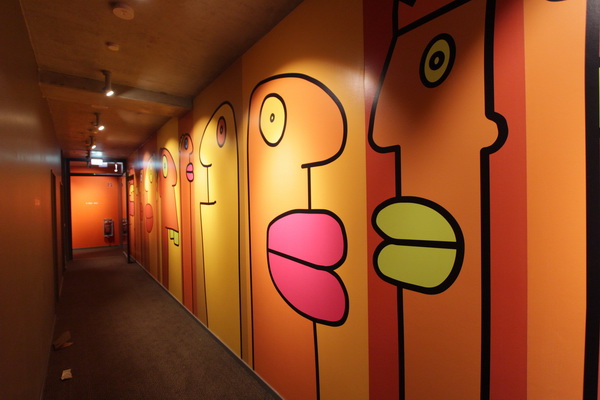 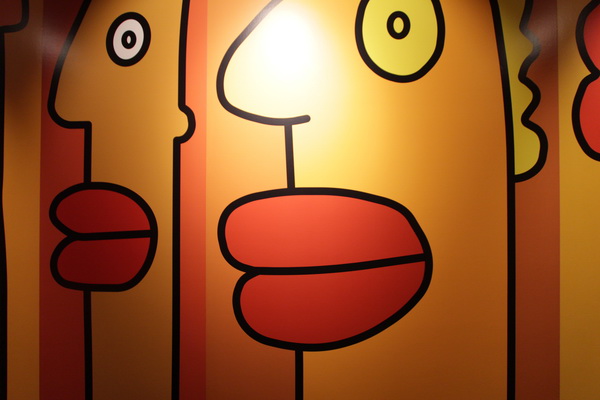 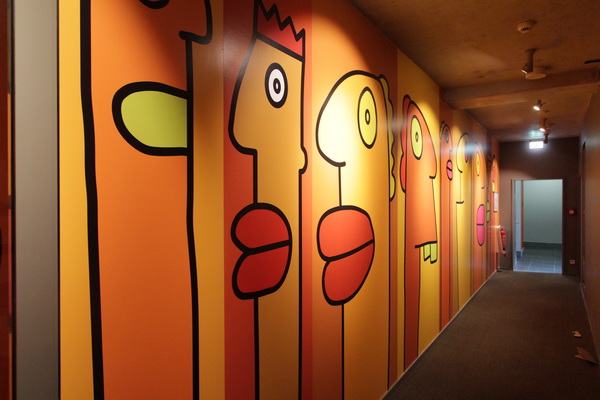 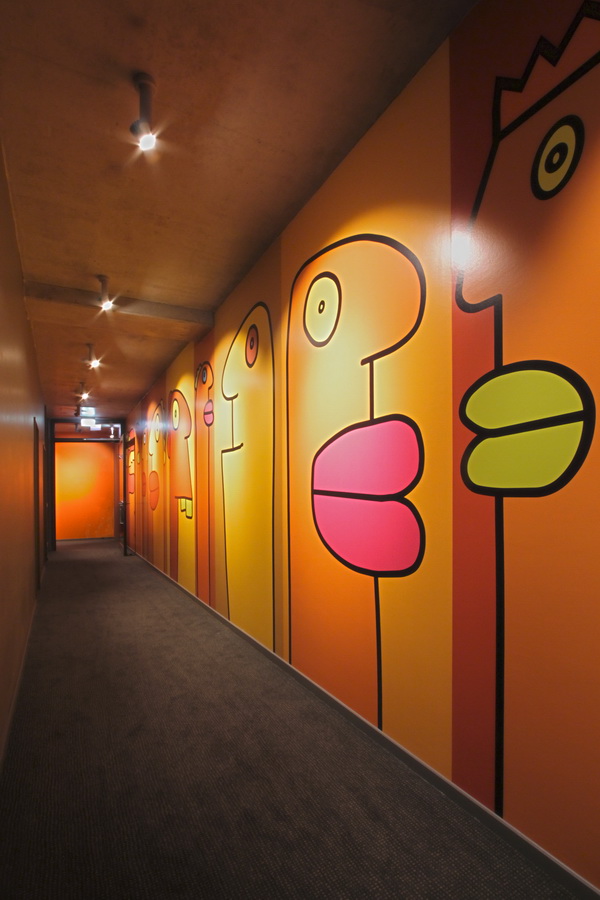 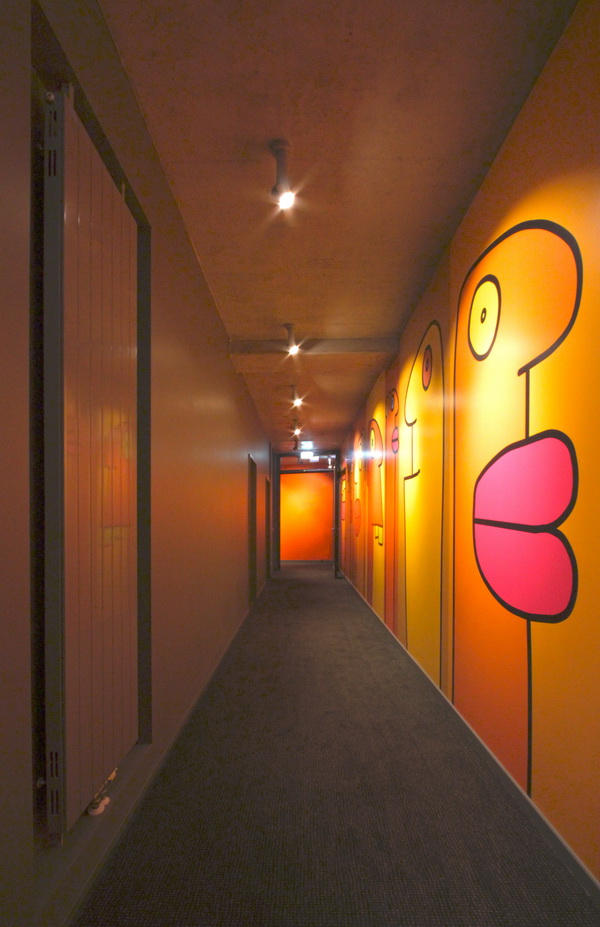 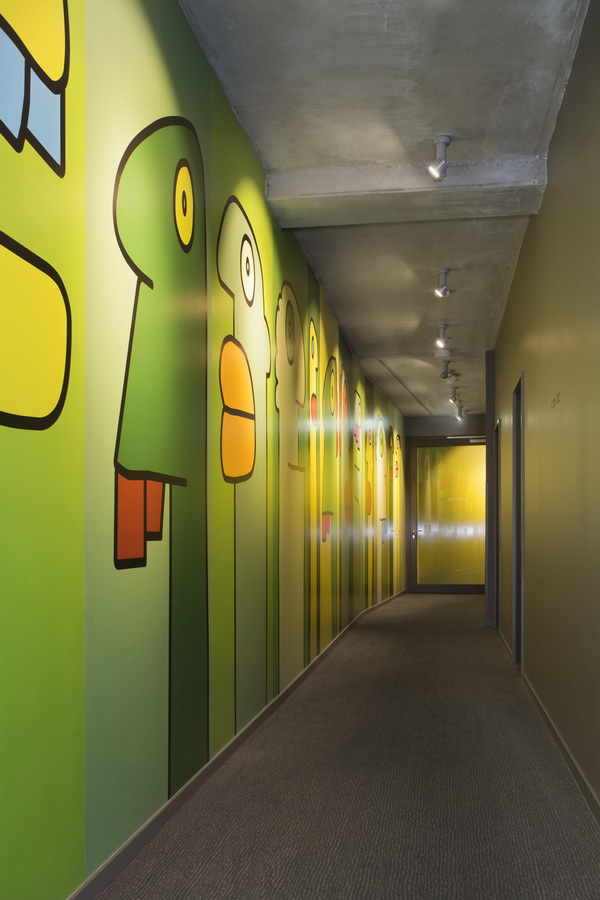 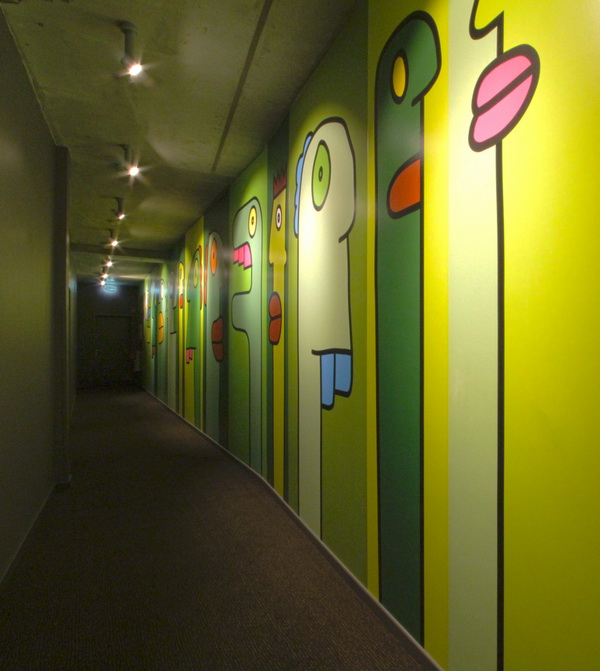 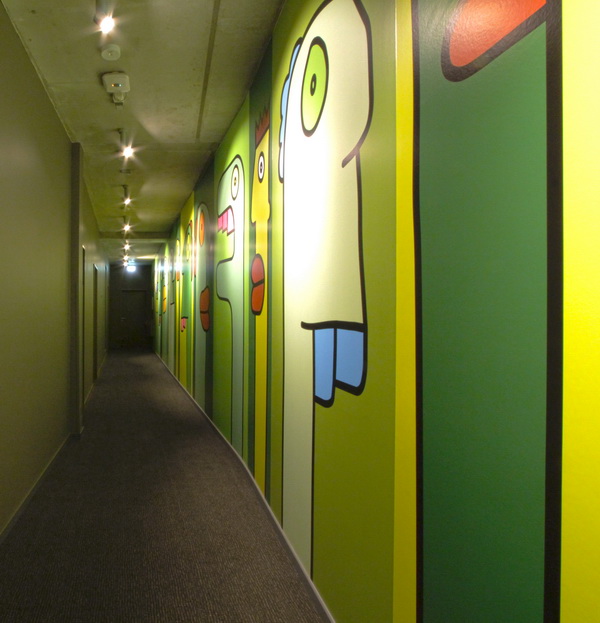 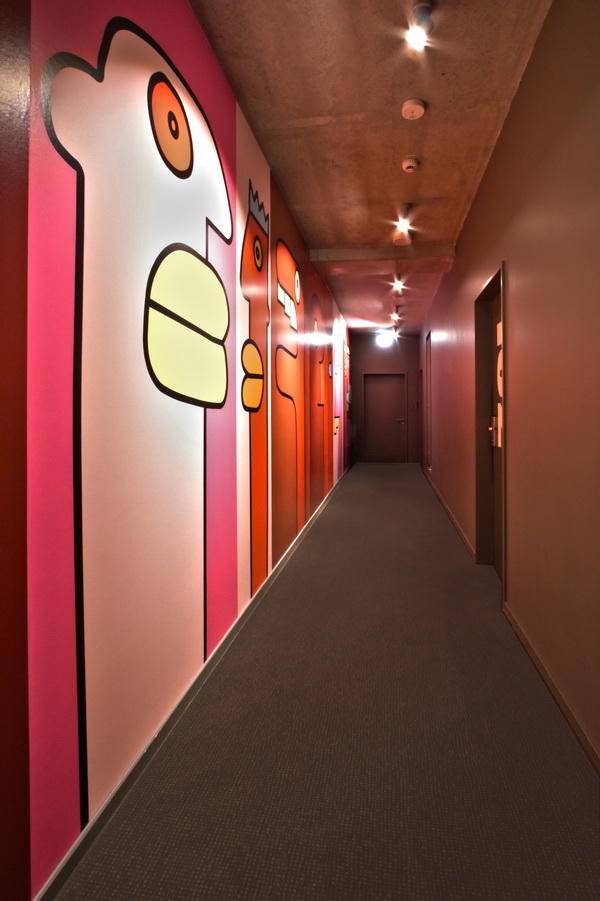 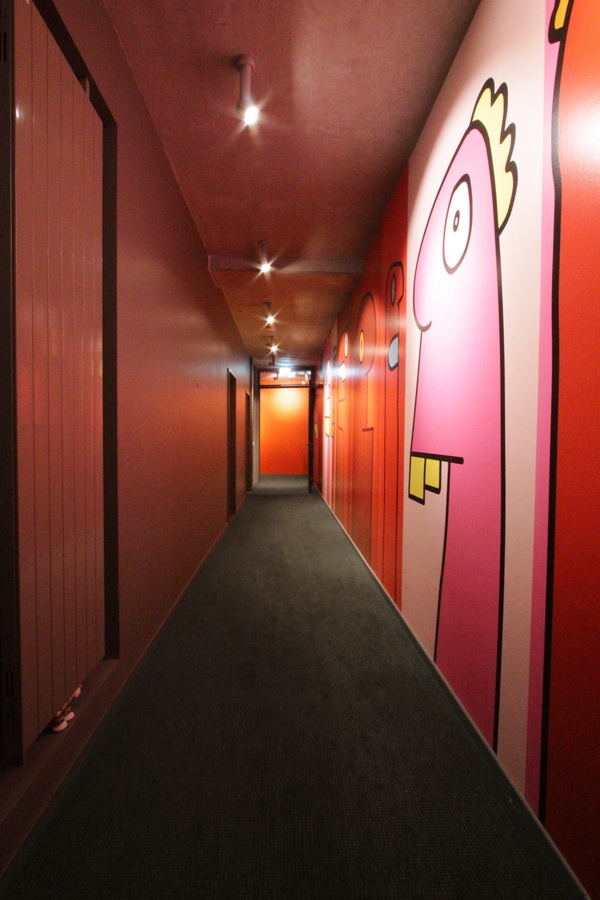 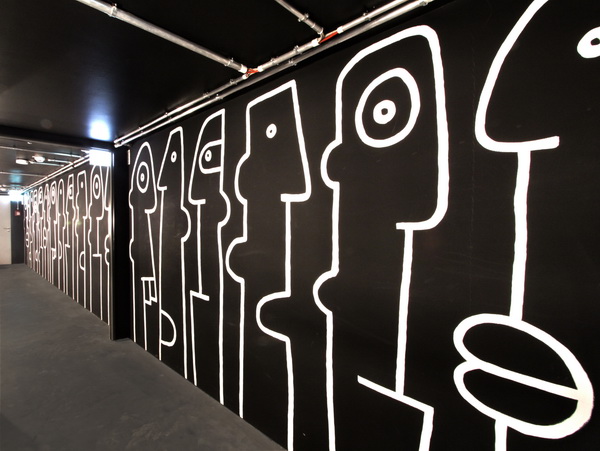 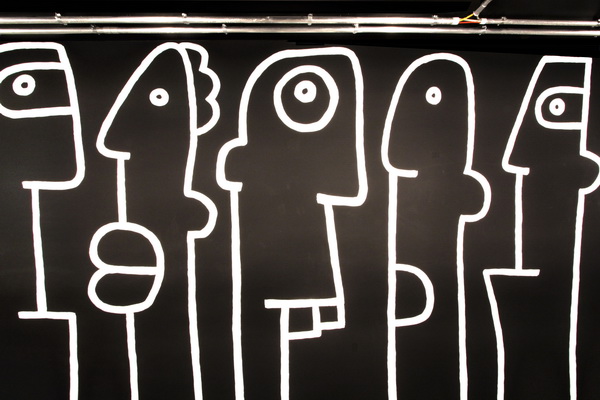 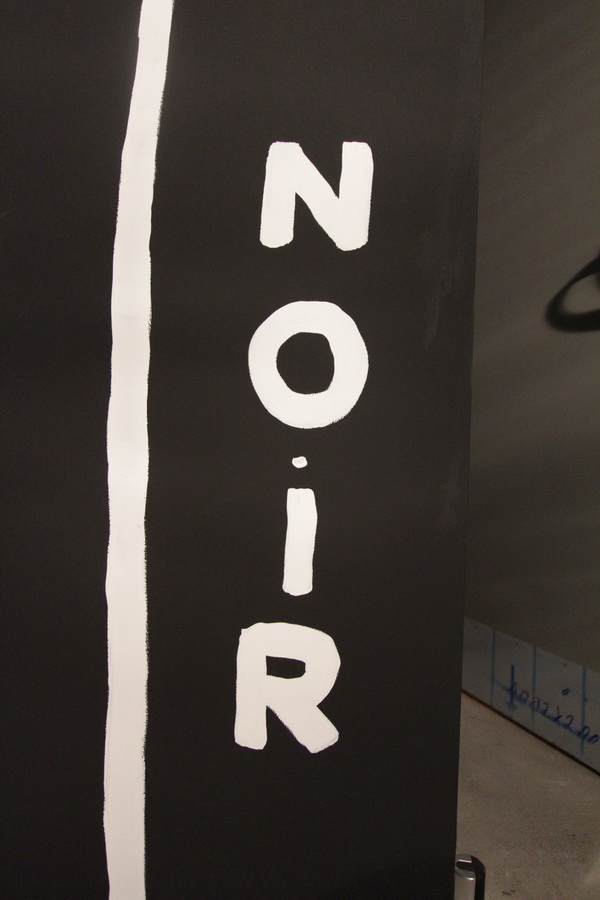 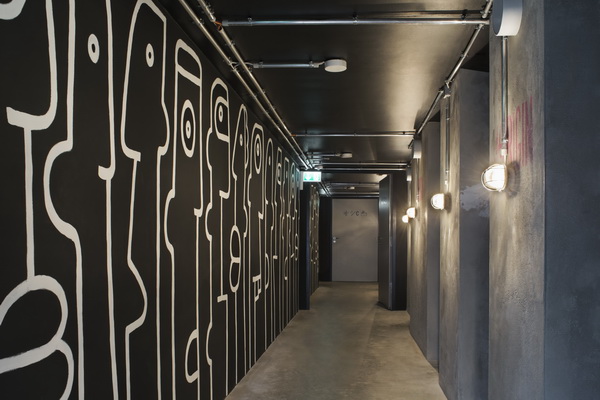